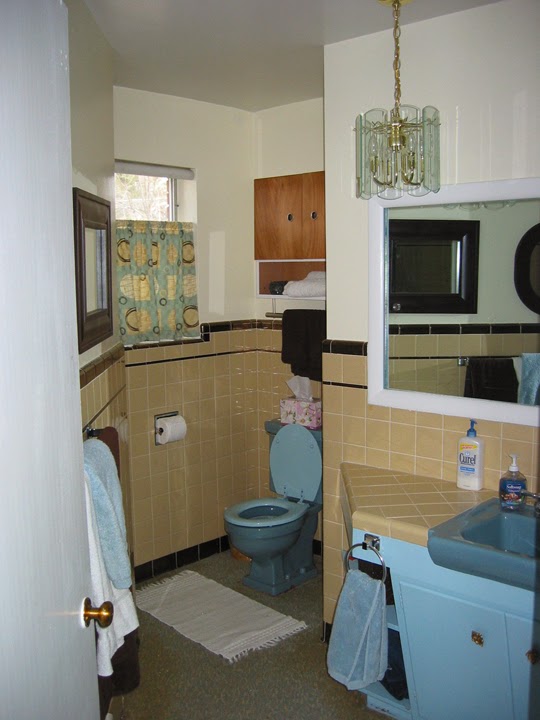 Back in 1954 the original owners of my home selected blue plumbing fixtures for the main bathroom.  The toilet, sink and tub were all blue.  The tile covered not only the shower, but was taken to 4' high on all the walls.  I liked the combination of the brownish 4 1/4" tiles with the metal flashed trim so I wanted to keep it.  That would save some money, too.

We had all the demo done...and ran out of money.  I was working then, though, so we saved while we worked to get some of the rusting galvanized piping replaced with copper.  Years passed.

During this time I bought the new vanity at Costco, and then a couple of years later the big mirror.

I finally laid the black and white tile, had the bathtub refinished to white and was on my way.  The barkcloth drape and shower curtain were the basis for the color selections.  The ceiling is only eight feet, but I did what I could to maximize it. 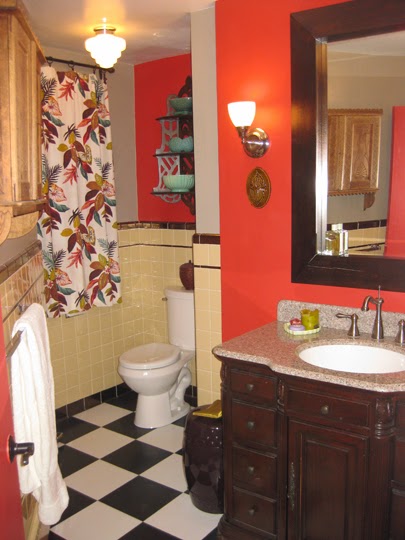 A humanoid is not available to take your comment. Please leave a message with the robot after the beep. (Beeeeep)